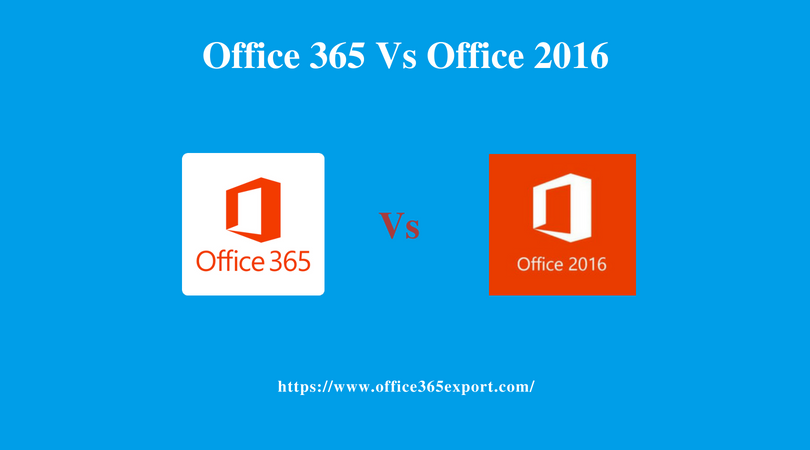 Microsoft Office is the traditional product that is sold for only one time with up-front cost. Users need to buy any version of MS Office Suite. After that, they can install it on a single PC or Mac machine and use for as long as they want. There is no expiry date in the MS Office. On the other hand, Office 365 is the latest service of Microsoft. To use this program, users need to pay or take a subscription plan on the monthly or yearly basis. After that, they can access the Office 365 as long as they pay the fee. In this, users get many additional features like cross-platform, OneDrive cloud storage, and provide apps for Smartphone, tablet, laptop, and PC. Apart from this, there are also many advantages of Office 365 over traditional Office. We will discuss Office 365 vs Office 2016 comparison in details:

Which is Better For You? Factors to be Considered

In this write-up, we have tried to clear the confusion between Office 365 and Microsoft Office by providing all the information related to both the services. At the end, the winner of this comparison is Office 365. Because there are many advantages of Office 365 over the traditional Office 2016, 2013, 2010, 2007 and 2003 are discussed in this blog.